Politicians need lots and lots of money for their election campaigns. Corporations want legislation that discourages competitors and boosts profits. Lobbyists, with the help of campaign finance laws, provide the match making between the politicians and corporations.

The executives of a corporation hire a lobbyist. The lobbyist figures out which Senators and Representatives can write and/or get legislation passed. The executives (and underlings) donate money to those Senators and Representatives and even the President in order to further that process. Because these donations are public information, the lobbyist is able to compile a list of donations from the employees of that corporation and calculate a total. The lobbyist goes to the politicians and points out the "generosity" of the corporation. The politicians push legislation through that benefits the corporation.

The politicians, the lobbyists, and the corporations win. The taxpayers lose.

There are some interesting subtleties. The corporation does not demand or require that anybody donate to various campaigns. That would be illegal. Indeed, they may not even suggest it directly. Instead, it's known through the grapevine (but certainly not officially) that your campaign contributions will be monitored (and can be because it's all public information).

When describing corporation strategy and business development in meetings and in company newsletters, the politicians that can help the company are identified. You then donate to those campaigns. You get raises and bonuses that are partly based on reimbursing you for those political donations. Again, not officially, but that's how it works. You don't have to do it, but it will adversely affect your compensation and career if you don't.

It's funny to me that most people think that making donation information public makes politics somehow more fair when, in fact, the whole purpose of doing it this way was to enable corporations to direct their executives and employees to support various candidates. If campaign contributions were secret, it would be much harder to do.

That's why a Media Matters "correction" (via an Instapundit post and Reason article) is so silly. The "correction" was that various articles in the main stream and non-main stream media were incorrect when they stated that Obama received a huge amount of money from BP. According to Media Matters, the money didn't come from BP, but rather from employees of BP.

The Warming Phoenix Rises From the Ashes

The argument for doing something about climate change is, in my opinion largely based on "appeal to authority". In other words, if climate scientists say something is so, then it must be so.

That's why Climategate was so damaging to the warmenist cause. The credibility and therefore the authority of the main IPCC scientists was called into question. Without that credibility, the warmenists main argument was damaged and public support for doing something disintegrated.

The National Research Council was funded by Congress to study climate change and has now produced 3 reports totalling over 800 pages. I've scanned the first 100 pages and it looks to be nearly a complete regurgitation of the IPCC's last report (AR4), except that at the end of many sections the primary conclusion was that new bureaucracies and scientific organizations should be created to continue studying climate change.

How clever! Since the IPCC's credibility was damaged, why not take more or less the same material and have some scientists with reputation intact spout the same old alarmist stuff. Now the warmenists can appeal to authority again and march forward to world domination or whatever their goal is. 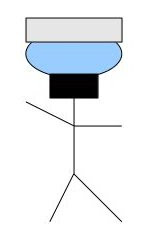 The Future of Recorded Music

Once upon a time, I wrote, arranged, played the instruments for, mixed, and produced 17 songs on two CDs (here and here - they're free!). I really wrestled with whether or not to try and make money from those efforts for, um, well 15 or 20 seconds - 25 seconds top. Okay, maybe "wrestled" is a little too strong, but hey, I did at least contemplate it.

The reason I decided not to even try to make money is that the success of a band (or artist) and its music is only partly dependent on the music. More important is the marketing: the shows the band does (choreography, pyrotechnics, stunts, and other entertaining moments), the persistence of the band staying in the public's consciousness, the news and buzz about the band (personalities, arrests, drug use, etc.), and so forth. Sure, the music of some popular bands is pretty good, but some popular bands have pretty marginal musicians with pretty marginal songs. In any case, the music of popular bands is no better in any objective sense than the music of many unknown bands.

Relatively recently, I stumbled upon an interesting blog called Cerebellum Blues. Jeff Shattuck, the blogger, suffered a brain injury and woke up with a "rekindled" desire to write songs. He's now recorded his first album and is wrestling with how to make money from his efforts. He's spending a lot longer than 25 seconds thinking about it though. That got me thinking about it again as well.

Unfortunately, I've come to the same conclusion: even though his songs are, in my opinion, quite good, he's going to have a tough, tough time of it. Especially since he can't really do the concert thing due to persistent dizziness due to his brain injury.

However, in the case of music, demand and supply are also inverted in some sense. Humans are driven to create, and creating music is particularly fun and satisfying (at least for people like me). It's even more satisfying when people actually listen to your music. For example, I can't imagine that even a single musician or song writer would say something even vaguely like, "I couldn't care less if people listen to my music as long as I make money at it." Everybody wants to write and play for other people. That's a fundamental need.

In the case of that need, the demand is for people to listen to your music. The supply is then those people who are willing to listen to that music. In other words, regarding satisfying the need of the musician or song-writer to have others listen to his or her music, that musician should be paying the listeners, not the other way around.

However, first let's consider supply and demand from the more traditional perspective. Even from this perspective it's tough and getting tougher to make money solely based on recorded music.

Let's say approx 1 in 10,000 people has wherewithal and motivation to write and record songs with no expectation of generating any income from the recording those songs. Why might these people do that?

I'm guessing that there are on the order 100,000 such people in the United States alone, and soon there will be 1,000,000 such people worldwide. Let's say each writes 10 songs a year. That's 10,000,000 new songs per year. However, songs are forever (for example, I noticed that my 13 year old daughter has a 40 year old album by the Beatles on her iPod). So there will be around 1 billion new songs created per century.

Each song can be replicated for tiny fractions of a penny. With today's equipment, it takes maybe 40 man-hours per song to record and engineer (mix) and the efforts will likely result in a pretty high quality recording. The recording equipment is an iMac (or other computer) with a few hundred dollars of software (or even free if you don't mind some limited functionality and an occasional crash) and a few microphones (for vocals and to mike the instruments, amps and drums). The musicians have instruments which may be quite expensive, but they probably don't need anything special for recording.

So there's very little cost and very little effort involved in recording songs. Other than the musicians' and song writer's effort, the total cost can be almost nothing.

My guess is that an average person is interested in listening to maybe 10,000 different songs in a lifetime. My personal observation is that about half the people can't even really tell if a recording is in tune or not and another 40% can tell but don't really care very much. As a result 90% of people are happy enough with fairly low quality recordings and certainly today's computer based recording equipment is plenty good for that. Therefore, the vast majority of songs being recorded are good enough for 90% of the population.

With 1 billion songs per century and the need for a total of 10,000 songs, that's an oversupply of 100,000 to one! Even dividing by some large number of genres and even if I'm off by orders of magnitude, that's quite an oversupply for 90% of the population.

One argument against free music in the past is that there may be millions of songs, but how does one find songs that they like? Certainly some intermediary like a recording exec needs to do some filtering, right?

Well, no. One problem is that the recording execs can't get through the millions of songs either, so that route guarantees inferior music being distributed.

Technology to the rescue! With the Internet radios (Pandora, Jango, last.fm, etc.) people rate songs so you'll be automagically fed songs you like!

It's actually already nearly gotten to the point where Supply versus Demand has inverted, where the supply is ears to listen and demand is songwriters who want to have their music heard. Jango has a service call Jango Airplay where song writers can pay to have their music heard. It's $30 for 1,000 plays (i.e. a thousand individuals will be fed your song when listening to Jango). Pretty cool really. And the 90% of the population that's not to picky will have no reason to ever pay for recorded music again. Who knows? Eventually they may even get paid to listen to songs.

Back to Jeff. The best chance he has, in my opinion, is that he has a unique and interesting story (at least to me): "Suffered a serious injury and woke up with a rekindled desire to write songs." Seems like that could get him some human interest stories in major media which might bring people to his site and sell his CDs.