Question, on its Knees, Begging to be Asked

The NYT presents us with another thumb sucker about Islam:

ROTTERDAM, the Netherlands — Like many Muslims, Ahmed Aboutaleb has been disturbed by the angry tenor of the Dutch election campaign. Far-right candidates have disparaged Islam, often depicting Muslims as outsiders unwilling to integrate into Dutch culture.

It is especially jarring for Mr. Aboutaleb, given that he is the mayor of Rotterdam, a fluent Dutch speaker and one of the country’s most popular politicians. Nor is he alone: The speaker of the Dutch Parliament is Muslim. The Netherlands also has Muslim social workers, journalists, comedians, entrepreneurs and bankers.

“There’s a feeling that if there are too many cultural influences from other parts of the world, then what does that mean for our Dutch traditions and culture?” said Mr. Aboutaleb, whose city, the Netherland’s second largest, is 15 percent to 20 percent Muslim and home to immigrants from 174 countries.

Or, perhaps, there is is feeling that Dutch traditions and culture are centered upon the Judeo-Christian Enlightenment and, as such, are completely antagonistic to the aspirations, by definition, of pious Muslims. After all, one might think, and be terribly disappointed if having once entertained the thought, that an article in the Newspaper Of Record, would spend even a syllable upon that seemingly intractable problem.

Nope. Its all down to those damn deplorables.

Because if you can't educate everybody, it's bad to educate anybody:


The University of California, Berkeley, will cut off public access to tens of thousands of video lectures and podcasts in response to a U.S. Justice Department order that it make the educational content accessible to people with disabilities.

Ignore this NYT Op-Ed for the moment*, there is something very striking about the picture accompanying the piece. 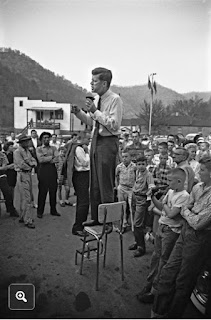 (Don't know why I didn't do a screen grab the first time.)

* Aside from reflexive virtue signaling, and a conclusion without an argument, this Op-Ed actually gets perilously close to actual awareness.
Posted by Hey Skipper at 3/04/2017 04:33:00 PM 172 comments: