I've written about Artificial Intelligence based face and scene creation before but now the same researchers have taken it one step farther. The top eight pictures were generated with those previous algorithms - pretty realistic but not quite right, especially around the eyes. The bottom pictures were generated by the updated algorithms and it's very hard for me to see the fakeness. 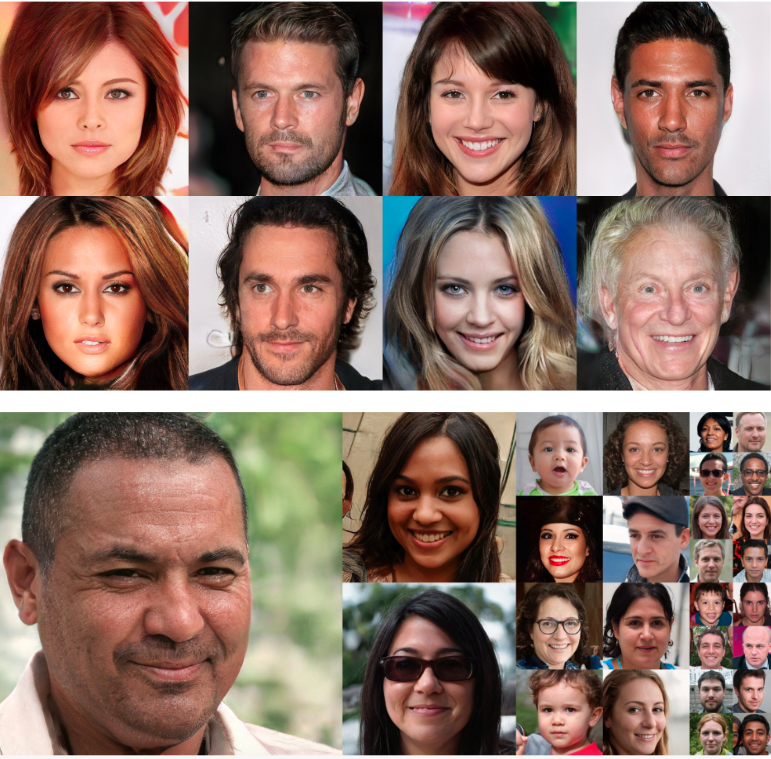 The article is here and the relevant video follows:

I'll admit than I'm not quite following all of the explanation, but it's still fascinating for me to watch.

I think that the day is coming within my lifetime when there'll be no need for human actors. Any screenwriter will just be able to work with AI based tools to create and produce movies.
Posted by Bret at 12/17/2018 03:43:00 PM

Email ThisBlogThis!Share to TwitterShare to FacebookShare to Pinterest
Labels: Technology

I agree, and there goes another job category overtaken by the computers.

The Simpsons has never used on screen actors, after all.

I agree that they have farther to go to get realistic and compelling human voices. I'm guessing they're 10 to 20 years behind, but they'll catch up eventually.